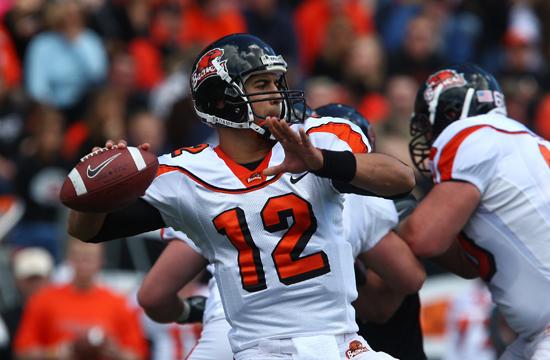 Katz started 14 games for the Beavers in three years, but was benched in the second half of the 2011 opener. Katz will have one year of eligibility remaining and is eligible to play right away in the 2012 season because he will have completed his undergrad.