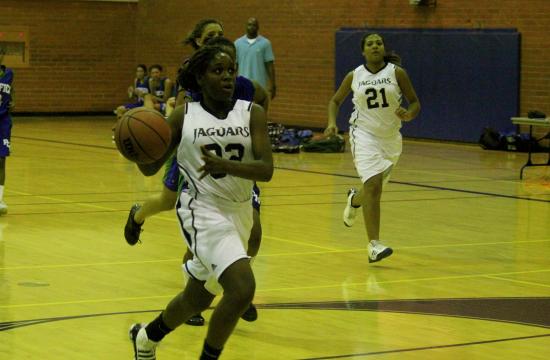 Only scoring single digits in every quarter of a basketball game will almost always end in defeat.

This was the case for the Pacifica Christian Sea Wolves on Tuesday night, running into a tough defensive press from the New Roads Jaguars before eventually falling 43-22.

New Roads had Kiara Rogers lead the team with 15 points while Summer Hummes followed up with 13 points.

Shanon Volpis and Emilie Skoog both had six points for the Sea Wolves to lead the team.