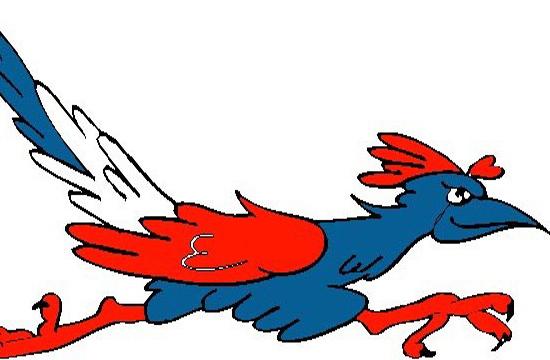 A scrappy win is still a win, especially if that win means advancing to the second round of the CIF Southern Section Division 4A playoffs. The Crossroads School Roadrunners girls’ basketball team survived a thriller on its home court, narrowly escaping Santa Fe Springs’ Cantwell Sacred Heart of Mary (CSHM) 55-51 on Thursday.

The game featured a high frequency of press defense, hustle plays, jump balls, offensive rebounds, and free throws, and the Lady Roadrunners had to work the full 32 minutes to put away the Lady Cardinals.

“I was really impressed with how we played defense. That’s always been our go-to all year,” Crossroads head coach Christine Smith told The Mirror. “All the shots they shot were tough and difficult. That’s probably what won us the game.”

It also helped that the Lady Roadrunners converted 26 of its 38 free throws attempted.

The Lady Roadrunners started off strong. The Crossroads pressing defensive and numerous hustle plays only allowed eight points to the Cardinals in the first quarter.

But CSHM finally made a game of it midway through the second quarter. After Crossroads jumped to a 20-8 lead with 4:44 remaining before halftime, CSHM closed the second quarter on a 12-4 run to make it a 24-20 game at intermission.

Both teams picked up the pace in the third quarter, as the Lady Roadrunners outscored the Lady Cardinals 21-18 to snag a 45-38 lead heading into the final frame.

Crossroads extended its lead to 51-42 with about five minutes remaining and, with CSHM being in the double bonus for the remainder of the game, it seemed as if the Lady Roadrunners had enough to keep the contest out of reach for the Lady Cardinals.

But a pair of three pointers cut the Crossroads lead to 51-48 with 2:17 remaining, and CSHM guard Priscilla Rodriguez’s long two-pointer from the top of the key at 1:30 brought the Lady Cardinals within one point.

Sophomore Kiara Long made the first of two free throws almost 30 seconds later to give the Lady Roadrunners some breathing space at 52-50.

After a pair of turnovers, Long was fouled again, and this time she made both free throws to give Crossroads a 54-50 lead with 23.6 seconds remaining to seal the victory.

Dominque Ballou had 14 points to lead the Lady Roadrunners, while Kennedy added 12 points and both Kiara Long and Kayla Mitchell finished with 11 points.

Priscilla Rodriguez had 24 points for the Lady Cardinals.

Crossroads advances to the second round to play at Los Angeles Baptist on Saturday night.

And the Roadrunners boys’ soccer team started as an at-large wild card.

Two games and 13 goals later, they’re in the second round of the CIF.

But the most interesting statistic: the ‘Roads have allowed zero goals through that stretch after their 5-0 win over Tarbut V’torah on Thursday.

The Roadrunners will play Ontario Christian at the Santa Monica Airport Field on Tuesday at 3 p.m.