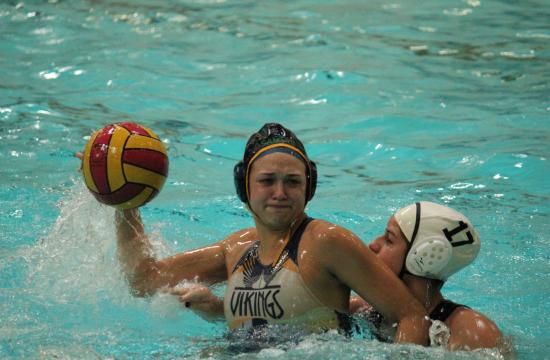 A shootout and a blowout battled for viewing time at Samohi on Thursday. Both the boys’ soccer and girls’ water polo teams had their opening games in the CIF tournament.

But regardless of which game they watched, Samohi fans saw Viking victories.

The soccer team fell victim to first-game jitters and couldn’t score at all in the first half.

But after head coach Serafin Rodriguez calmed the boys down at halftime, the whole game changed.

“(Bonita) was playing for a 0-0 tie,” Rodriguez said, “so once we scored the first goal, they had to change their gameplan.

And the problem for the Bearcats was Samo didn’t just score one goal. In two minutes, Jesus Martinez, Barak Cassilly and Marco Tejada all put the ball in the net.

Rodriguez said Bonita tried to get aggressive after the first goal by playing more guys up on offense. But it didn’t work.

“We knew we were (the) superior team,” he said. “We didn’t back down and play defense just because we scored a goal. We kept playing them straight up.”

And by playing them straight up, Diego Serrano scored one last time before the final whistle to secure the Vikings’ 4-0 shutout victory.

Samohi will play the second round of the CIF on Tuesday.

And the Lady Vikings’ water polo team was tested early by La Quinta.

After the Blackhawks’ Kamille Arens tied the game at four early in the third, Samo came out firing.

Morgan Rodriguez, Aleya Spielman, and Rashel Alvarez-Zakson scored in the third quarter to push the Lady Vikings to a 7-5 lead.

Jesse Espera and Felle Baumgarten finished off La Quinta in the fourth to give the Lady Vikings a 9-6 win and a spot in the CIF quarterfinals.

Samohi will play again on Saturday.