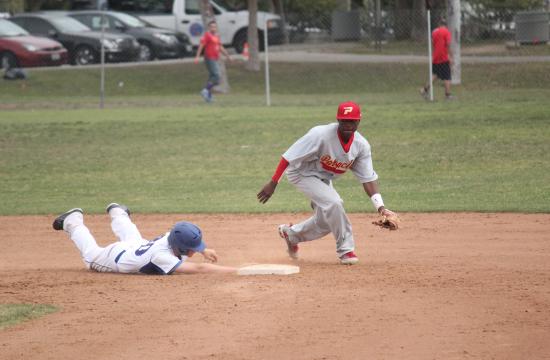 Crossroads assistant coach Taylor Grigsby said this is not a new thing. This has happened a few times this season.

“I think the first game we played, we made like eight errors. Yeah, a lot of errors,” Grigsby said. “And now we make one or two errors today. It’s better, but we just need to keep focusing.”

Two errors, officially, led to five unearned runs that proved to be the difference as No. 10 Paraclete took down the Roadrunners 6-2 on Thursday.

‘Roads pitcher Brandon Scott took the loss despite striking out nine batters and giving up only one run on seven hits.

The Spirits scored four runs (all unearned) in the third inning, including a two-RBI single to right field by Jake Sweich, to break the game open.

“Teams don’t beat us, which is a good thing, but it’s also a really bad thing,” said Grigsby. “It’s problematic and we need to clean it up. It’s just about practicing and doing baseball things everyday.”

Crossroads will try to get on the winning track in their night game with Campbell Hall tonight. First pitch at 7 p.m.