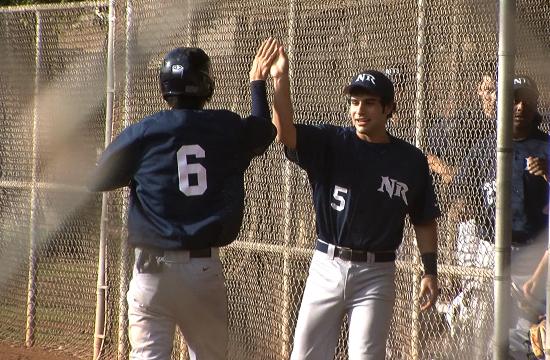 For the two reigning CIF quarterfinalists (one being a finalist) from a year ago, the trend of dominating continued.

Unfortunately, so did the trend of losing for a third.

Div. 7 powers New Roads and Pacifica Christian showed they are ready for another run in the postseason this week. Both teams opened the season with convincing wins.

On Monday, the Jaguars faced in-town adversary St. Monica. With the help of 11 strikeouts from starting pitcher Anthony Carrillo, New Roads was too much for the Mariners, winning 8-1.

“Anthony is a senior leader. He was lights out,” said New Roads coach Matt Steinhaus. “He pitched his heart out. It was great.”

The Jags followed with an offensive rout of Environmental Charter on Wednesday. New Roads scored multiple runs in five of seven innings. They will play at Culver City this afternoon at 3:15 p.m.

After losing on Monday, the results did not improve for St. Monica. Mary Star of the Sea came into Marine Park on Wednesday and blanked the Mariners 11-0.

“We got a lot of kids in the program but not a lot of baseball experience,” said Mariner coach Jack White after the loss to New Roads. “We’re in a tough league, we’re still in the Del Rey League, with some of the top teams in the country. (Bishop) Amat is always tough. They’re always the front-runner. We can compete with the other teams in the league, but we have to play our best every time out. Otherwise, we’re not going to be successful.”

They will try to right their ship on Tuesday at home against St. Bernard.

And the Seawolves of Pacifica Christian chalked up 17 runs in only five innings to take care of Lennox Academy on Wednesday.

Lennox only pitched to Kevin Hammer once (three walks) and he made it count with a grand slam in the bottom of the first inning. Hammer, John Register and Keenan Pierandozzi-Howes each got some work from the mound in the win to get ready for the season.

“These guys are in their fourth year,” said PCH coach Julian Chavez. “They started the program four years ago. They want to continue on last year(‘s CIF finals appearance)… It’s definitely on their mind.”

The Seawolves will continue their work toward the CIF at Windward on Saturday.