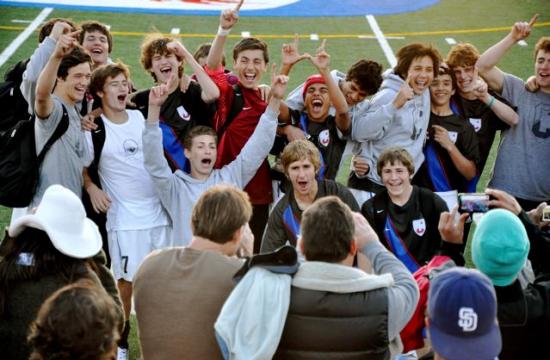 It’s been a busy week for the Crossroads Roadrunners, and they have already had their hearts broken.

A 2-1 loss to Desert Mirage (available online) on Saturday meant there would be no CIF rings for the players. They came up short against a team that had only lost two matches all season.

But after being the Div. 6 giant-killer, the CIF Selection Committee brought the Roadrunners into the California Regional Div. 3 playoffs. Perhaps the committee didn’t foresee the backlash of reviving a team that had already beaten some of the best in the state.

The Roadrunners took the opportunity and crushed it. On Monday, Francis Parker became the first victim. After staying tied 2-2 through overtime, Crossroads advanced with a 4-2 advantage in penalty kicks. Two days later, the Cate Rams (ranked No. 15 in the nation and No. 7 in state) would succumb to the ‘Roads’ charge 4-3 after their comeback fell short in the Regional semifinals.

Crossroads now has one more team on their list: the 24-5-2 McFarland Cougars in the finals. The match will be on Friday at Warren High School in Downey, the place of the Roadrunners’ last loss. The pitch goes at 7:30 p.m.