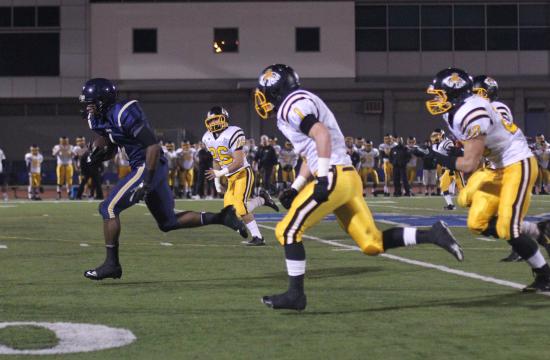 Larue made the ESPN 150, a list of the top prospects at any position for the class of 2013 that was released Tuesday. He is ranked No. 149 overall and the No. 18 receiver in the nation.

Larue’s coach Travis Clark was not surprised he was on the list.

“I’m surprised he was that low, he should be higher,” Clark said. “He’s got that next level, playing-on-Sunday level explosion. Sebastian can move as good or better than anyone I’ve ever seen.”

According to ESPN.com, Larue has multiple scholarship offers from eight Pac-12 schools, Nebraska and Michigan in the Big 10 and Florida State of the ACC among others.