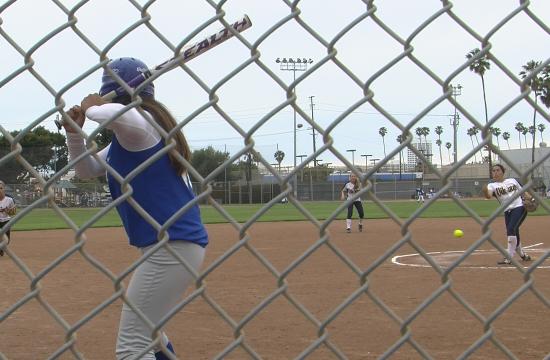 Samohi’s pitcher dominated from both the mound and the plate on Tuesday. In fact, Sara Garcia crossed the plate more than her opponents.

Garcia went two-for-two from the plate with a triple and two walks; she also struck out nine as the Lady Vikes trounced the Culver City Centaurs, 9-1, to keep Samohi’s Ocean League softball record perfect for another game.

“We’ve definitely progressed and the kids are kind of putting it together,” said Samo coach Debbie Skaggs. “We had a tough preseason. We played a lot of really good teams. Hopefully it puts us in a position to defend our league championship and go into the playoffs and be ready to play the caliber of teams we’ve seen all preseason.”

Samohi broke the game wide open after a two-run first inning with a four-run second inning. The Vikings scored on an error, a hit by pitch and on a two-RBI double by Kelly Ricard that was a split second away from being a three-RBI triple.

Samo is now 5-0 in league and less than two weeks from the final regular season game.

“If a team beats us, it’s not that they beat us, we beat ourselves,” Skaggs said. “We’re better than those teams, but sometimes we don’t play to the level we’re capable of playing.”

With five league games remaining, Skaggs said the girls must come ready to play if they want to add another Ocean League title to the collection.