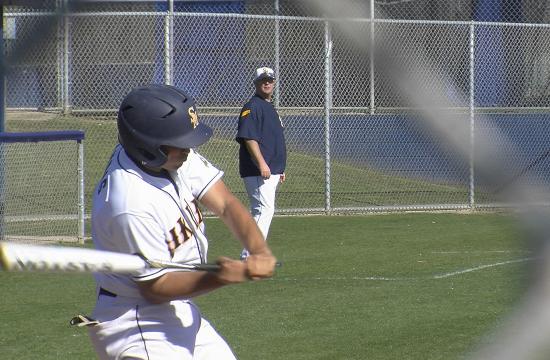 The Inglewood Sentinels had a glimmer of hope on Tuesday.

Samohi had kept the game distant through four innings after an 8-1 start to the game.

But after an RBI single by Ricardo Ojeda, Samo’s Tyler Mulvaney was in trouble. He walked four out of five batters, which led to three more runs. Suddenly, it was 8-5 with two innings to play.

“We just relaxed,” said Samohi head coach Sheldon Philip-Guide. “Our pitchers kind of relaxed on the mound, had a few problems finding the strike zone. We weren’t taking advantage of quality at-bats like we had earlier in the game.

“If you don’t capitalize on leads and runners in scoring position, you’re going to find yourself in trouble.”

Mulvaney gave up only one more hit in the final two innings and Alex Turner drove in Ryan Barbarin one more time to close the game.

Samohi will play Redondo Union and Torrance in two different tournaments on Saturday and Monday, respectively, before getting back into Ocean League competition against Morningside on Tuesday.