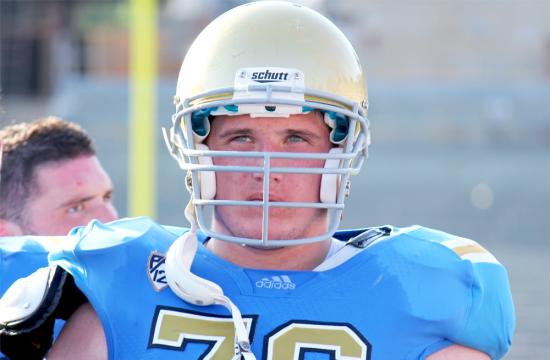 Santa Monica College recently named its 2011-2012 Student Athletes of the Year and handed out awards on Thursday in order to recognize athletes selected for not only their athletic prowess but also for their scholastic achievement in the classroom.

Ceachir, a former SMC standout tackle, has already signed on with the University of California Los Angeles on a two-year scholarship and is competing for a position as guard this fall for the Bruins.

Ceachir recently played in UCLA’s Spring Game at the Rosebowl earlier this month and seems determined to secure a starting spot on the team.

On Thursday morning, Ceachir was awarded with the Football Student-Athlete of the Year award from the General Advisory Board at SMC.

Sanchez took honors in track and field and made it to the Western Conference Championship finals for the women’s 400 meter in San Diego three weeks ago.

Tobin ran with SMC’s 4X100 meter relay team that made it to the California State Finals in Norwalk this last weekend placing sixth at the meet with a time of 41.05.

Tobin was also awarded student athlete of the year at SMC.