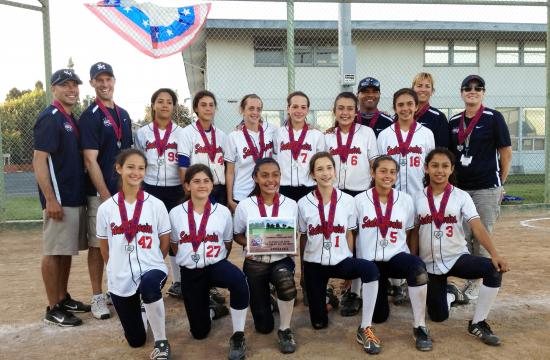 The Santa Monica Girls Fastpitch 12U (SMGF) team qualified this past weekend to play in the Western National Tournament held in Salem, Oregon scheduled for July 30-August 4.

The team placed fourth in Southern California in its division after the all-star team finished its season with a 35-1-6 record.

Coach Antonio Temblador, Jr said the team claimed either the first or second place in every tournament, with the exception of the State tournament.

“This is the first time in SMGF history that the 12U girls softball team has qualified for the National Tournament,” Temblador, Jr said.

“We are trying to raise money to cover the expenses associated with such an event.”

For anyone who like to donate or find more information about the team, visit santamonicagirlsfastpitch.org.