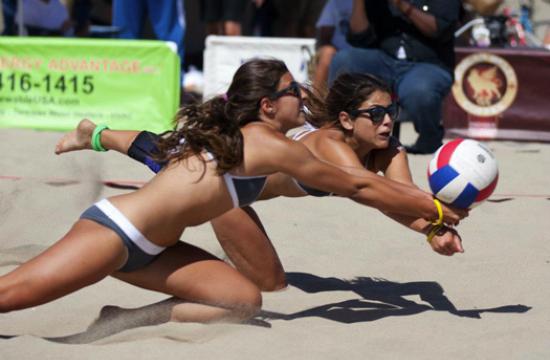 Zelon and her partner, Natalie Anselmo, both 13, competed in the two-day beach tournament with more than 200 teams from all over the country.

They won all 10 matches, beating two girls from Texas for the national title. Zelon said some well-timed words of advice during the last match helped them secure a victory. ”In the finals, we were losing, and it was 21-15,” Zelon said. “We called a time-out, and my coach said, ‘You have to work hard, the championship is just not going to land in your lap.’ I knew how hard I wanted to win.”

The duo went on to score 13 points, and only let the other team score two points. Zelon and Anselmo qualified for the AAU U18 Pan Pacific Invitational Championships on Waikiki Beach this weekend, and will compete with college-aged girls.

The team, however, is up for the challenge.

“It’s definitely difficult, but Natalie and I have been playing 5 years together, so we just go out there and play our game,” Zelon said. “Me and Natalie, we’re not tall. We’re both small for volleyball, and we have to go against 6’4” girls. We just try to put that aside and play the game.”