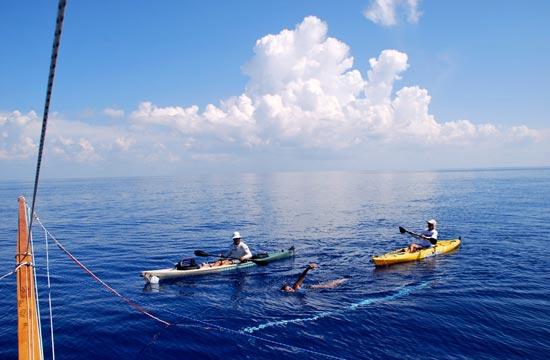 Long-distance swimmer Diana Nyad, a sports journalist and regular commentator on KCRW radio in Santa Monica, continues her pursuit of a record swim from Cuba to Florida.

She is currently on track to reach Florida Keys by Tuesday — one day before her 63rd birthday.

But it hasn’t been all smooth swimming. KTLA5 reports she was stung at least four times by jellyfish last night. She is swimming without a cage.

This is Nyad’s fourth attempt at the record. She tried twice last summer, calling off her last attempt in September after she was stung in the face and eyes by Portuguese Man-of-Ware jellyfish.

Her first attempt at the record was in 1978.