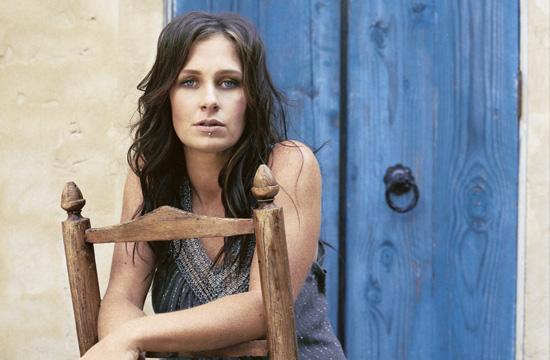 The illustrious Australian singer/songwriter Kasey Chambers will be headlining this Thursday, Aug. 2 at the Twilight Concert Series at the Santa Monica Pier.

American folk music seems to be no hurdle for “down under” musicians, as Rolling Stone recently reported “the freshest young voice in American roots music is an Australian.”

The fifth night of this summer’s Twilight Concert Series will adhere to the theme of “Australia Rocks the Pier,” presented by G’Day USA, an annual set of events aimed at showcasing Australian talents across the United States.

Landscape designer and horticulturist Jamie Durie will emcee the event. Durie is known for his regular appearances on The Oprah Winfrey Show because he is the author of nine best-sellers and is an active environmentalist and humanitarian.

Durie will introduce the winner of the “Opening Act Competition” to commence the night. D Henry Fenton stole the show away from dozens of other artists competing to open for Chambers. Based out of California, the Aussie-born singer/songwriter will present pop rock and Americana sounds for the Santa Monica crowd.

Matt Ellis is the second artist scheduled to perform. Ellis brings a classical folk sound and melody that one could easily mistake for a Southern-States native. A raw and refined sound of the countryside can be heard in tracks like “River Too Wide,” and “Heart Of Mine” off Ellis’ 2010 album “Births, Deaths & Marriages.” The artist mentions Tom Petty, Neil Young, and Johnny Cash as some of his most influential icons.

Chambers brings her own heart and soul, experiences with family and life, and a love for traditional country to each of her five albums to date.

“My live performances are always a little journey through my life, through my songs,” she says.

Excited for her newest solo album “Storybook” to drop on July 31 just before her performance on the Pier, Chambers holds her family first.

Touring with her producer/brother Nash, and father/guitarist and accompanist Bill, “the Chambers clan has always been tightly knit, from their vagabond days trapping foxes and rabbits on Australia’s remote Nullabor Plain to literally singing around the campfire at night,” says Chambers’ biographer. Chambers’ mother Diane plays her role by overlooking merchandise sales. A true family affair, before Chambers’ solo career, the family toured as The Dead Ringer Band.

Storybook is a 15-track all-covers album, “a collection of songs and tributes to artists who have influenced me from when I was a small child up until now,” Chambers says. “My musical inspirations are anything from Hank Williams & Lucinda Williams, to Ben Harper, Cyndi Lauper, and the Louvin Brothers.”

Currently signed to Sugar Hill Records in the U.S., Chambers received much of her commendation from her first two albums. Her 2000 debut album “The Captain,” and her 2001 “Barricades & Brickwalls” received multiple awards and experienced platinum sales many times over in Australia. Being at the top of the charts is no foreign idea for Chambers, as she is en route to sharing her music with a growing American audience.

Courtesy of Qantas Airways, attendees of this week’s concert will have a chance to win a five-night vacation to Sydney, Australia. The package includes two roundtrip tickets from Los Angeles, along with five nights of hotel accommodation, a cruise on the Sydney Harbor, and a tour of the Sydney Opera House.