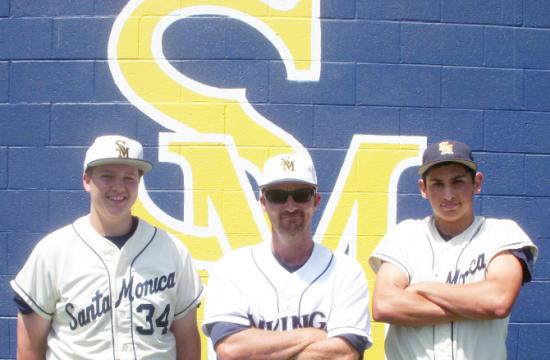 Kurt Schwengel has been hired as the new head baseball coach for the Santa Monica High School Vikings and has already held practice after the first day of school in anticipation for the Vikings upcoming baseball season in 2013.

“We hit the ground running and can’t believe we are playing baseball in August,” said Schwengel. “We have a ton of time to prepare ourselves for the next season and we are going to be ready to go.”

Schwengel, a former Vikings baseball player and alumnus who played for Samohi in the ‘80s is no stranger to the Samohi baseball team. He has been the pitching coach for the Vikings for the last three years and has overseen the development of a large number of athletes in Santa Monica for well over a decade.

“It’s amazing to see the kids grown up,” said Schwengel. “I know a lot of them from kindergarten, and I have known a lot of these kids for a very long time.”

Schwengel has been with the Santa Monica Malibu Unified School District for fifteen years and currently teaches kindergarten at Franklin Elementary school where he has won numerous awards including the NBC Crystal Apple for teaching. In his spare time he has helped mentor a large number of little league baseball players in the Santa Monica area.

Junior Eli Beiber and Sophomore Robbie Kerr, former kindergarten students of Schwengel, will also be returning for the Vikings as well as a large number of starters from the 2012 season.

“I have followed them all through little league,” said Schwengel. “Eli was the best pitcher and Robbie was the home run king. The kids know who I am and we went full practice on the first day.”

In 1987, Schwengel set a CIF record with the Vikings as a pitcher counting 12 saves in a season, and was named All-CIF in 1988.

Schwengel went on to play at UCLA from 1989-1993 and believes that with his philosophy and mentality of “training to go undefeated,” will give the Vikings a good chance “to win every single game.”

His coaching staff is still in flux but assistant coach Tony Todd has committed to returning to the program.

“We are not sure how the coaching staff is going to shake out just yet but Tony Todd and I will be with the varsity,” said Schwengel. “We have a total of seven coaches in the program right now and they are all alumni. That is very rare and we are anticipating a smooth transition.”

“I tell my kids if you don’t think you are going to win, don’t step on the field,” said Schwengel. “I only say this because I think we have the talent to play with anybody next year and our philosophy is that we plan on winning every single game.”

Schwengel believes that he has inherited “a very experienced team” that “will probably start seven or eight seniors who have been starting for two to three years,” and he can’t imagine not improving on next years record.

Yet Schwengel understands that his appointment as Head Coach for the Vikings is somewhat of an anomaly.

“I have never heard of a non high school teacher coaching a high school sport before,” said Schwengel. “But some of the best coaches at Samohi are teachers, so I am glad the Samohi administration was ok in giving the position to me.”