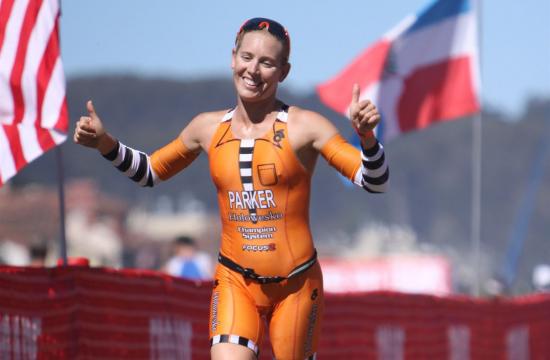 The 2012 Beijing International Triathlon is just around the corner, and Santa Monica local and pro triathlete Jenna Parker will join athletes from around the world in Beijing to compete in this daunting Olympic distance race.

The Sept. 16 triathlon will send triathletes on a 1.5 km swim at the heart of Qing Long Lake Park; a challenging 40 km bike race through quaint villages of Fengtai to Qian Ling Mountain, the highest peak in Southwest Beijing; and a final 10 km run along stone paths, wooded trails and beautiful bridges showcasing the unique architecture of Qing Long Lake Park. Parker turned pro in 2005 after swimming for three years as a spirit freestyler for Harvard University.

The star swimmer has raced in dozens of triathlons since turning pro and this year is slated for 16 triathlons including the Olympic Trials this past May, as well as the Los Angeles Triathlon at the end of September, after Beijing.

A race highlight this season for the 28-year old pro will be the Beijing International Triathlon where she will race with other top pros from around the world including 2012 London Olympic Triathlon Silver Medalist Javier Gomez, from Spain.