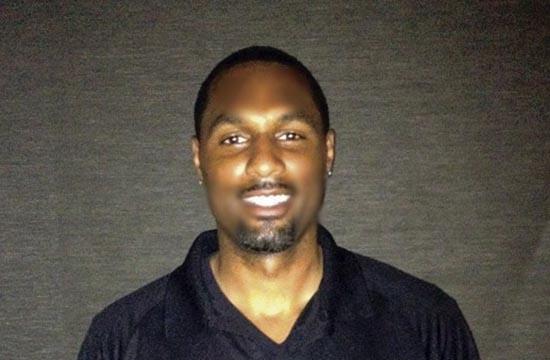 “I am excited to learn from Coach Jerome Jenkins,” Cooper said. “He has a wealth of knowledge and is highly respected in the basketball community. He’s been successful on the court at the JC and Division 1 level, but what I’ve noticed most is how great of a motivator and mentor he is. The kids really respond to him on and off the court. The way he inspires young men to do better in life is what every coach aspires to do.”

Before starting his coaching career, Cooper learned the game of basketball as a point-guard for Merrill F. West High School in the Bay area. During his junior year, he led his team to the league championship and earned First-Team All League honors in 1995 and 1996. Cooper was also inducted to the Tri-Valley Scholastic Black Sports Hall of Fame in 1996 for his tremendous skills on the basketball court.

After his success at Orange Coast, Cooper transferred to California State University-Hayward in 2001, where he majored in Communications and kept playing basketball. His dominance behind the three-point line prevailed as he set a Cal Pac record for the highest single-season three-point percentage holder at 57 percent adding to his mantel of trophies earned in college.

Following his college basketball days, Cooper decided to step away from basketball and used his communications degree he earned at Cal State to land a job in TV production working for CBS, Fox, E!, and America’s Funniest Home Videos.

For the next 10 years Cooper’s television career grew, but he found himself missing the game of basketball.

He still played regularly and caught himself always talking about it amongst his peers and watching highlights.

“I didn’t want to be 60 and look back on my life and wish I could have coached basketball,” Cooper said.

“At a really young age my mother always told me that if you are ever wondering what you should do in life, the answer is simple. Whatever it is you would do when you wake up in the morning for free, that is what you should do. Then simply find a way to get paid to do it.”

Cooper decided to follow that advice and return to basketball. This time it would not be behind the three-point line, but instead court side to coach, inspire, and mentor other young athletes to learn life’s lessons through the game of basketball.

Cooper landed his fist assistant coaching position at Venice High School during the 2011-2012 season. He worked along side head coach Dave Galley and helped guide the Gondoliers to their first winning season in years.

Under Coach Galley, Cooper felt like he learned enough to get him to the college level.

SMC Basketball head coach Jerome Jenkins had talked with Cooper throughout the years about joining his coaching staff, but Cooper decided to coach high school to gain more knowledge before taking on the role at the college level.

Jenkins said he was thrilled for Cooper to join the team.

“This has been a two year process and I am excited for him to be finally joining the team,” Jenkins said. “He is a great motivator, punctual and I believe he will be a great asset to the coaching staff with his knowledge of the game.”

Cooper hopes to bring his enthusiasm, passion, and shooting expertise to the players at Santa Monica College.

He also wants to stress the importance of receiving an education and to help use basketball as a way to move forward in life by teaching them the principles of hard work, integrity, and commitment.

In the future, Cooper hopes to follow in the footsteps of the coaches that inspire him such as Phil Jackson and John Wooden by becoming a head coach of his own program one day.

He is currently pursuing his masters degree in Physical Education Administration at Cal State-Los Angeles to gain more knowledge for when the opportunity comes along.