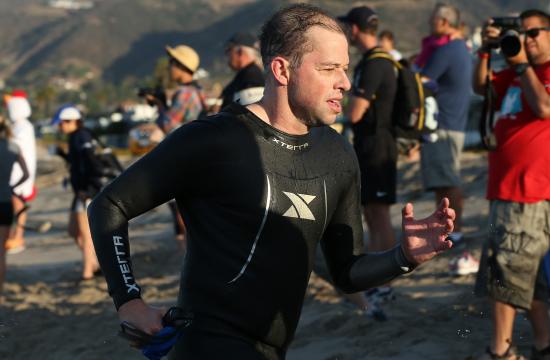 More than 3,350 participants — a mix of celebrities, triathletes, and corporate teams — raced side-by-side on the sands and in the waters of Malibu cheered on by supportive crowds, to benefit this truly worthy cause.

Craig Pansing was named the overall victor of the triathlon, finishing the half-mile swim, 18 mile bicycle ride and four mile run in 1:22:50. Megan Severa was named the winner of the female division with a time of 1:36:19.

Money raised by the Nautica Malibu Triathlon will go to the Children’s Hospital Los Angeles’ Pediatric Cancer Research Program, which is dedicated to curing and preventing childhood cancers.