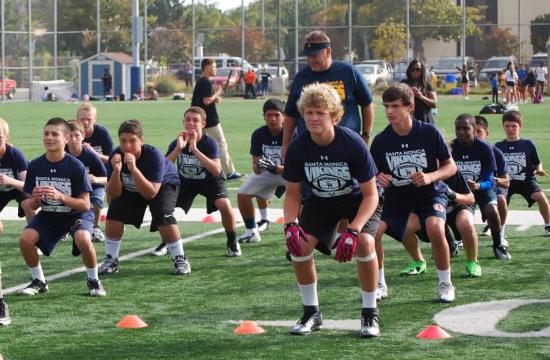 The Santa Monica Youth Football and Cheer hosts their first game in the Pacific Coast Conference American youth football league at Santa Monica College this Saturday featuring the midget division of the Santa Monica Vikings versus the Lakewood Longhorns.

Younger divisions will be playing starting at 9 a.m. and continuing throughout the day.

The Vikings have been training at John Adams Middle School throughout the summer in order to prepare for their fall 2012 season.

According to Mark Casillas, offensive and defensive line coach for the Vikings, the Santa Monica team is “the oldest youth football program in Santa Monica.”

Peter Berg, of the NFL, got involved with the Vikings this summer and helped out the coaches and team “making sure that the younger divisions were wearing the latest proper protective gear,” during training sessions.

The game is home on the Corsairs field at Santa Monica College Saturday, Sept. 8 at 7 p.m.