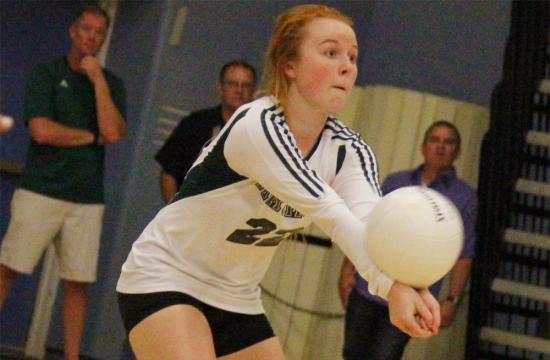 Archer Volleyball (8-3) is improving week to week with their latest victory 3-1 over league rival the California Academy of Math and Science (7-4) at Santa Monica College Wednesday night in a game that showed that the Panthers are not to be underestimated.

The Panthers are now tied for first place in the Delphic League and are 4-1 after beating the Rebels in three out of four sets.

Archer Volleyball Head Coach Jonathan Lotz thought the Panthers played with “tremendous heart” fighting back from a 0-1 deficit to win 3-1.

“We feel that on any given day we can compete with any team in our division,” said Lotz. “We are taking that mentality into our final two weeks of the season as we try to lock up a league title and a top seed in the CIF playoffs next month.”

Lotz was proud of the caliber of play that came from middle blocker Maia Barnett and libero Lindsey Levesque.

“Our junior middle blocker Maia Barnett had the best game of her season and led the team with 15 kills,” said Lotz. “On the defensive end, our libero Lindsey Levesque was her usual all-world self and had a jaw dropping 48 digs in the back row.”