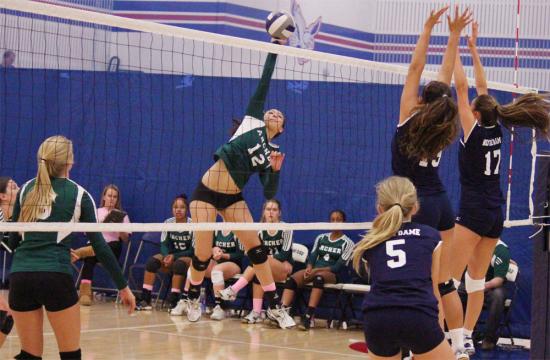 The Brentwood Volleyball Tournament is a two day volleyball event on the Westside that brings together a good number of local girls teams who are given the ability to display their volleyball talents in a comfortable round robin styled competition.

The weekend tournament started on Friday and continued on Saturday.

Pacifica Christain won the red pool bracket on Friday winning all three matches and all three games while Mayfield won two matches and lost one.

Brentwood won the blue bracket winning all three of their matches and games with Notre Dame placing second.

St. Monica placed third and Archer placed fourth but not until after upsetting Notre Dame in the first match.

The games anticipate future cross town rivalries set to occur later in the season such as the much awaited undefeated match-up between St. Monica and Pacifica Christian on Tuesday Oct. 16 at St. Monica High School beginning at 5 p.m.

Games won or lost in the Brentwood Volleyball Invitational Tournament do not count towards victories or losses as mandated by CIF rules.