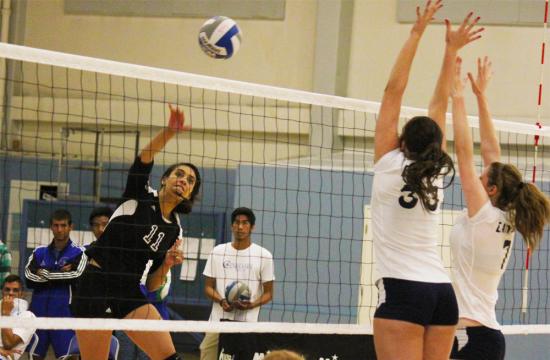 The Santa Monica Women’s Volleyball team began league play this last week and are currently 1-1 in the Western State South Conference going 4-6 overall to date inside a season where the Corsairs have been learning, growing, and steadily improving.

Corsairs Head Coach Nicole Ryan said that her team was doing the best it could without two of their key players.

Players that have stepped up this season have been middle blockers Justyce Smith and Michelle Smith, and outside hitter Hanna Pope.

On Wednesday the Corsairs played away against Glendale (0-10) in their first league game of the season and won 3-1, but lost Friday to Canyons 3-0.