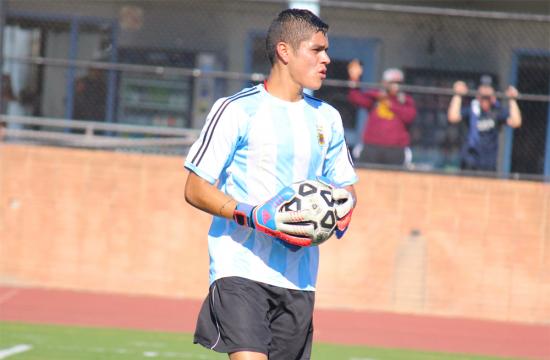 Santa Monica College Men’s Soccer team (8-3-3) continues to climb to the top of the Western State conference beating the Moorpark Raiders (1-5-7) at home on Tuesday.

Santa Monica College Head Soccer Coach Tim Pierce was satisfied with the way his team has played defensively in the last couple of match-ups by holding their opponent down to only one goal.

“My concern is keeping the number down and our team defending,” said Pierce. “Our commitment to get behind the ball and defend has been great. Offensively we have been doing a good job by scoring two to three goals a game.”

The Corsairs jumped to a 1-0 lead early in the first half with a goal off a rebound deflection by forward Alesandro Canale, and with his sixth goal in league this season he is tied for first place in Western State Conference.

Santa Monica College midfielder Eric Fakhourian initiated an offensive attack in the 59th minute by feeding a crossover pass which resulted in forward Luis Sanchez scoring to give the Corsairs the lead 2-0.

A late rally by Raiders came in the 85th minute when Antoine Felton fought off the Corsair defense and scored to give Moorpark their first goal of the game.

The Raiders continued to put the pressure and Jose Mora took the final shot in the 89th minute, but Corsairs goal keeper Danny Medina was there with the save to give the Corsairs a 2-1 win.

Regardless of the win, Pierce felt that the Corsairs could have done better.

“We had a couple chances to score right in front of the goal that we missed,” Pierce said. “They fought back and made a great game out of it.”

Pierce sees great improvement with the team as the season has progressed and is pushing the Corsairs to compete and win over the other top teams.

“I want to continue to be a defensive presence.” Pierce said. “It takes work and I think one of the biggest things with the guys is staying concentrated for 90 minutes. At training we constantly keep them working on being focused in the game and having the right approach from the opening whistle to the final whistle.”

The next game for the SMC Men’s soccer team is home against Allan Hancock Friday at 3 p.m.