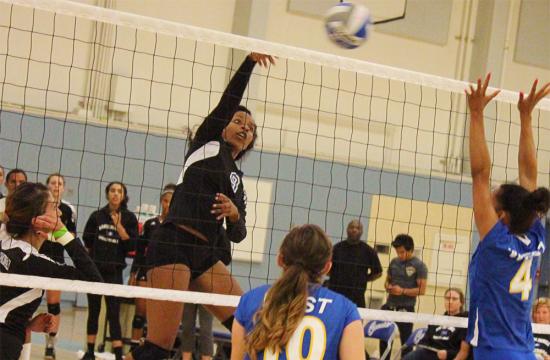 The Corsairs are currently third in the Western State South Conference after beating Glendale (0-10) and West Los Angeles in league matches this October with L.A. Pierce (17-0) and Canyons (8-7) holding on to first and second place.

Outside hitters Michelle Smith and Lauren Rossell led a strong display of kills against the Wildcat defense to slap down West Los Angeles in three of four matches with the first match dictating the evening with a point score of 25-17.

Libero Jane Siri also had a good game and could be seen upping her leadership and coordination skills on the volleyball court.

Next game for the Corsairs is away against defending state champions L.A. Pierce Friday, Oct. 12 at 7:00 p.m.