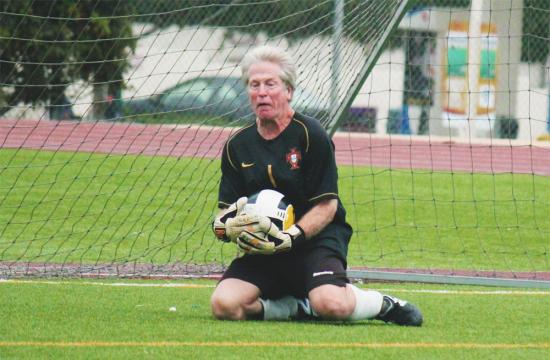 The Santa Monica Malibu Unified School District won their first match against the Santa Monica City Knights with a decisive 2-0 shut out in an aggressive yet friendly match played at Santa Monica High School Friday, Oct. 19.

The game included SMMUSD district staff members and school board members against public workers of the City of Santa Monica.

School Board Member Nimish Patel thought the game had a good vibe and that a practice game against Santa Monica College earlier this year helped them to defeat the City Knights.

“It was a friendly game but it was competitive,” said Patel. “This is what our city does. We work hard and we play hard. We are fighting for our kids because they deserve it.”

SMMUSD School Board President Ben Allen saw the game not only as an opportunity to provide some enthusiastic relief for the city’s vaunted public servants, but an opportunity to fight for all of the students in the SMMUSD and the City of Santa Monica.

“We played aggressive from the beginning with a lot of energy and a lot of team spirit,” said Allen. “We scored one goal in each half and it was a good decisive victory.”

Allen believes that team SMMUSD won the friendly match-up because they had a good offense.

“In soccer a good offense is a good defense so we tried to keep it up on their side of the half of the field,” said Allen. “We played aggressive and we really started to gel, and by the second half we really got to know one another, passed really well, and kept at them going for the goal.”

The SMMUSD soccer team had a number of good chances to score goals during the second half to up their one goal from the first half but were only able to score one goal against the defense of the City Knights to make the game 2-0.

Yet two goals was all the SMMUSD needed to win the game as the City Knights were unable to score in the first or second half of the soccer game.

Goalkeeper Dean Kubani, Director of the Office of Sustainability and Environment, led the City of Santa Monica by keeping the SMMUSD goal scoring down to a minimum with his numerous saves.

Kubani contributed the loss to the City Knights lack of hustle during the second half.

“Our team stopped hustling,” said Kubani. “I had a good back line so that helped us but I felt like a dart board back there. But it was fun. I had a really good time.”

Russell Ackerman, Head Coach of the City Knights and Water Resource Specialist for the City of Santa Monica, thought the game was a lot of fun.

“We had a great time playing them,” said Ackerman. “And yes a rematch is in the mix.”

The date and time of the rematch between the SMMUSD and the Santa Monica City Knights are TBA.