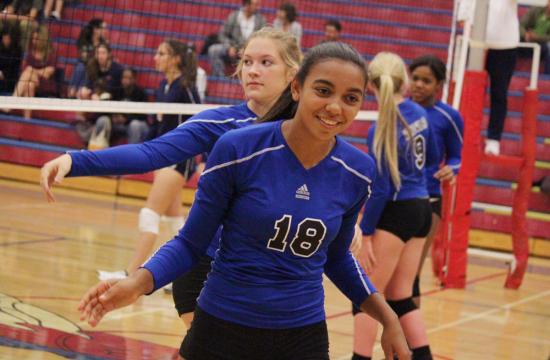 With the win, the Wildcats are guaranteed at least a share of the Alpha League Championship.

Windward is 10-3 in the Alpha League second to Sierra Canyon (17-5) who is 9-2 in league play with both losses attributed to the Wildcats.

According to Windward’s Volleyball Head Coach Michelle McGuire, the game “couldn’t have been scripted more perfectly for the Windward Girls Varsity Volleyball Team on Friday evening in the Jackson Center.”

McGuire thought the game was a “great match,” and was proud of her seniors.

Ashley Smith, Kelly Kirshner, and Hannah Holmes also contributed strongly for the Wildcats during their three set victory over Brentwood.

Windward’s next game will be determined in the playoff draw that will be released Saturday, November 3.