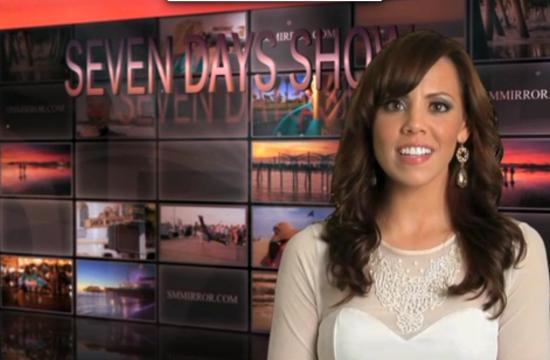 One year after The Santa Monica Mirror launched its new weekly video show called the Santa Monica Beat, the arrival of 2013 brings a revamped schedule with an expanded format.

Mirror Publisher TJ Montemer said the popularity of its online video shows had increased significantly since the Santa Monica Beat launched on Jan. 9, 2012.

He said the popularity grew so quick that he launched the Seven Days Show in June 2012 with new episodes appearing each Thursday at 1 p.m.

He said the addition of this second show filled the gap between the Santa Monica Beat, which is uploaded each Monday morning at 9 a.m.

“A new era for newspapers has arrived,” Montemer said. “While we still publish 20,000 copies each Friday, our readers demand news as it happens, which we are able to deliver online around the clock and share our articles through online email blasts as well as Facebook and Twitter. With newspaper circulations declining across the country, we have found delivering news in a video format is attracting a new generation of news consumers who may have never picked up a hard copy of the paper before.”

Montemer said all content aired in the four shows would be focused on Santa Monica.

“There’s no doubt 2013 is shaping up to be a big year for the City of Santa Monica in terms of politics, development, business, and events and we intend to be the leader in print, online, and video,” Montemer said.