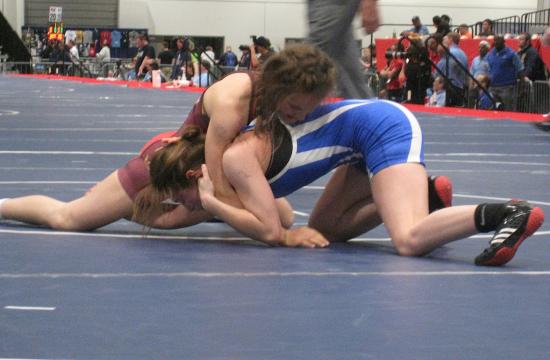 “She has a huge competitive spirit and doesn’t like to lose,” said Black.  “She takes care of things on the mat.”

Tung trains with the wrestling team at Samohi as well as with former 2008 Olympian Marcie Van Dusen who mentors her progress as a wrestler.

Tung qualified to represent Team California in the Junior and Cadet National Championships 2013 which is the premiere youth wrestling event in the United States to be held in Fargo, ND July 12-20.

Black said that he attributes Tung’s success to her strong work ethic.

“She works really hard and is a great student with a 4.0 grade point average,” said Black.  “She deserves this opportunity because of her hard work.”

Black said that he believes that she will do well in the upcoming Body Bar Women’s National Championships freestyle competition.

“She has a tremendous work ethic and I think that freestyle wrestling matches her own style quite well,” said Black. “She is very strong and it blends well with her own natural style.”

Contact Mark Black by email at MBlack@smmusd.org to inquire about how to get involved with the wrestling program at Samohi.