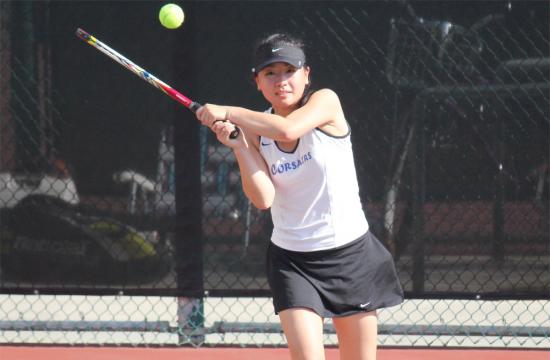 Kaori Tsuda and Juliana Nelkin have qualified to play in the finals of the Western State Conference (WSC) Women’s Tennis Championships scheduled to be played at 3:00 p.m. at Ventura College Friday, April 12.

The WSC Championships serve as a qualifying tournament for the CCCAA Regional/State Tournament with each participating conference in the California community college conference afforded the ability to send their top ten players to compete in the state championships.

Eight quarterfinalists from the main draw and the two finalists of the back draw will qualify for the state championships.

The State Tournament will be held at Ventura College, from April 24-26 before moving on to the Ojai Valley Athletic Club at Libbey Park in Ojai April 24 to April 28.

The Western State Championships will have four singles players representing Santa Monica College and three doubles team qualified for the State Tournament to be held at the Ojai Valley Athletic Club.

In the doubles category, Tsuda and Nelkin, Goldbeck and Ana Beatriz Barcelos de Souza, and Peterson and Victoria Mamatova qualified to represent SMC.