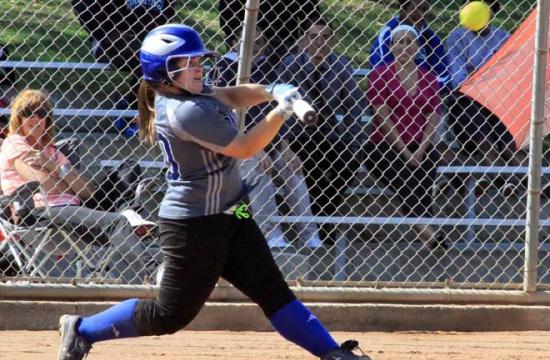 Pacifica Christian (10-3) defeated Oakwood (1-13) 17-7 in a game that saw the Seawolves connect with the ball by the third inning to drive out the Gorillas at home Tuesday afternoon.

“The girls all got an opportunity to hit and 14 of our 16 reached base safely,” said Dolan. “The other team’s pitcher had an unorthodox style which slowed our bats down until the 3rd inning. Once we got our timing on, we hit very well and put up a lot of runs.”

Spencer Dolan of the Seawolves played a solid game batting .750 and was three for four with two doubles and two RBI’s.

Head Coach Dolan said that the “future is very bright” for the Seawolves.

Pacifica Christian is currently 6-2 and stand in third place of the Liberty League behind Faith Baptist who is undefeated in league and Providence High School who is 4-1 in league.

Next game for the Seawolves is a non league game away against the Archer School for Girls (10-7) today at 3:30 p.m before they head to Burbank Thursday to take on Providence High School to battle for the number two Liberty League seed ranking.

By mirrormmg May 8, 2013
in Sports
Related Posts