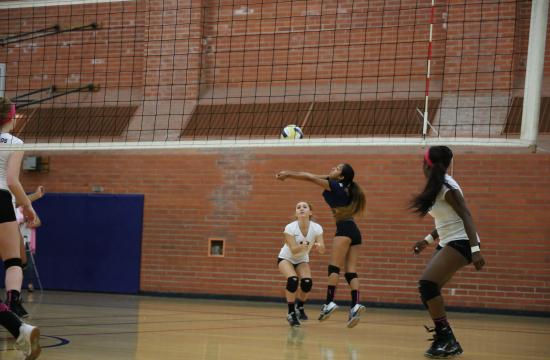 The Jaguars lost the first set 23-25, before rallying to win the second with a 25-23 victory. After falling down in the third set, 23-25, New Roads stepped up their game and responded with a 26-24 in the fourth set. The Jaguars then went out and took control of the fifth and deciding match, coming up with a 15-10 win.

In an earlier matchup in October, New Roads defeated Rolling Hills Prep, 3-1, winning the first, third and fourth sets by a combined 11 points.

“Winning against RHP a second time is an incredible event for New Roads volleyball, which is in the midst of a fantastic season,” said NRS Athletic Director Matt Steinhaus. “We always felt we could compete with the best teams in our league, and having secured two wins against a program like that shows we can, and well beyond this year.”

In that contest, New Roads came away with a 27-25 first set win before losing the match 3-2. Since that defeat, New Roads have compiled an 8-2 record over its last 10 games heading into its last matchup of the regular season.