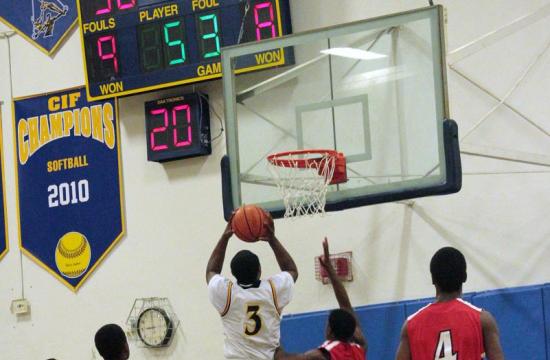 Using a 20-8 first quarter run, Samohi made quick work of Morningside, dropping the Monarchs 67-38 for its 11th win of the season. The two middle quarters were close, but Samohi closed the game strong, running up a 21-9 advantage in the fourth quarter.

Heading into this week’s Ocean League contests, Samohi finds itself in a three-way tie with Inglewood and Beverly Hills for the league lead.

The Vikings will have an opportunity to avenge its loss to Beverly Hills when the two teams meet up again on Feb. 7 at Samohi’s gymnasium.

Of course, that game will have playoff seeding implications rising on it as the regular season winds down. Samohi plays its last Ocean League game against Hawthorne on Feb. 13.

Santa Monica, which won the CIF Southern Section Division I title last year, is not the same team as it was last season-in stature and reality.

Samohi is ranked in the middle of the road of all teams in the last CIF standings.

More wins in Ocean League could change that.