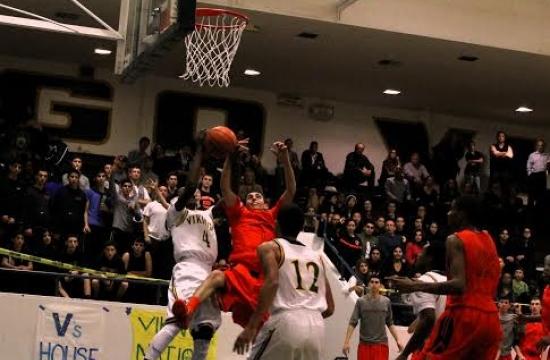 The process of elimination begins tonight for local prep basketball teams. It’s showtime for the local schools engaging in the postseason. The real season is here. It’s time to get this party started as some would say. Both boys and girls basketball teams are in play this week, beginning tonight.

In basketball, there is an array of teams looking to extend their season into something special as the Santa Monica boys basketball team did last year when they claimed the CIF-SS Division 1A championship and made it all the way to the state title game.

This year’s Samohi team made it to the big dance once again, but has a total revamped makeup from last year’s team. The Vikings went through a rough patch early on but found their groove during Ocean League play where they tied with Beverly Hills for first place.

However, Samohi lost both games they played against Beverly Hills. Samohi streaked to a 8-2 Ocean League record and an overall mark of 16-10. James Hecht’s team (Division 1AA) will really see what they are about when they take on a Montebello squad Friday at 7 pm.

St. Monica, Crossroads, and Brentwood will all see what they can do in the postseason.

Under first year coach John Skinner, who guided the school’s girls basketball team to the CIF title against St. Paul last year, the Mariners (15-11, 6-4) finished third in the Camino Real League behind basketball titans Cathedral and Cantwell-Sacred Heart, regarded as two of the best teams in the state.

The Mariners play Crean Lutheran tonight at 7 pm in a CIF-SS Division 4A contest.

The Roadrunners are in the same Division 4A bracket as St. Monica, and will take on Sage Hill in the first round playoff game tonight at 7 pm.

The Crossroads girls’ basketball team has been no slouch themselves this season, taking an unblemished mark (9-0) in Delphic League play as they head into a first round game against Ontario Christian on Thursday, Feb. 20.

The St. Monica girls basketball team (15-10, 4-4 Camino Real League) has had an interesting journey once Skinner moved on to coach the boys team. The Mariners finished fourth in league but was able to get at-large berth into the postseason. They will play St. Genevieve on Thursday as well.

Pacifica Christian, which claimed a CIF title in girls volleyball, have a great chance to add a basketball championship to its school hardware. The Seawolves went 5-1 in the Liberty League to earn a spot in the postseason. The Seawolves (15-7, 5-1) play Connelly of Anaheim on Thursday in a CIF-SS Division 5A game.