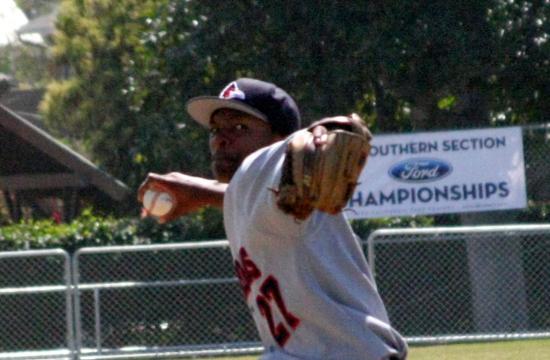 After a couple of close losses, Crossroads baseball team got back in the win column Tuesday with a 3-2 win against Viewpoint. Crossroads took the lead in the in the bottom of the first inning, jumping out to a 1-0 lead.

Viewpoint answered with a two-run third inning. Crossroads scored the tying and winning runs in the bottom half of the fifth inning to end a three-game losing streak. The Roadrunners were 3-1 before embarking on the three-game skid.

It’s not like the Roadrunners haven’t played good enough to win those prior three games. Crossroads dropped a 10-8 decision to New Community Jewish High School, fell 7-6 to Paraclete, and loss 3-0 to Sierra Canyon.

Crossroads’ pitcher Lawrence Gilliam pitched and hit well enough for the Roadrunners against Sierra Canyon to give his team a shot at winning the game. Gilliam gave up just two hits through five innings and collected two hits of his own in the defeat.

Crossroads, which has posted a 4-4 overall record before Thursday’s game against Campbell Hall, is 3-1 at home this season following the April 8 contest against Viewpoint. Crossroads is currently in third place in the Alpha League, behind second place Campbell Hall and the league-leading Paraclete, whom they play again April 29 and May 1.