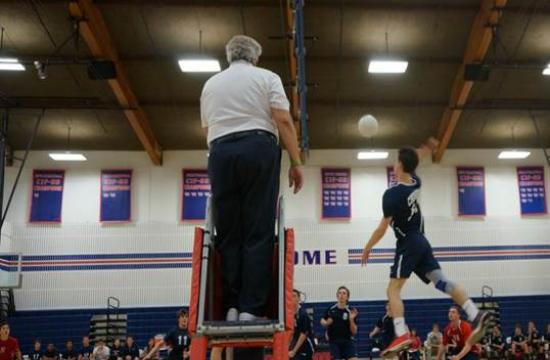 Things should be interesting down the stretch in the Alpha League when it comes to boys’ volleyball. Both Windward and Crossroads appear to have strong squads this season. It is showing up in league play.

So far, Windward is undefeated through the first five games it has played in league. The Wildcats (11-2, 5-0) will likely keep their unblemished streak intact when they play last-place Milken on April 8.

The Roadrunners started the season strong, recording a 6-1 mark out of the gate. However, Crossroads have stumbled a bit lately. The Roadrunners were unbeaten through their first six games before falling to Viewpoint 3-1 on March 18 in their seventh contest of the season.

The loss to Viewpoint dropped Crossroads into third place in the Alpha League, behind second place Viewpoint and Windward.

The Roadrunners have two upcoming games against Milken and one against Brentwood before they run into Windward on April 15. Crossroads defeated Pacifica Christian on Wednesday, March 19, then turned around to beat Paraclete on Thursday, March 20.

When the Roadrunners play Milken April 7, Crossroads will have had three weeks off from going up against competition.

Two reasons why the Roadrunners have been successful this season has been the impressive play of senior Lucas Kaplan, who is co-captain of the team, and Jake Fenster. Kaplan has led the way with stellar defense and excellent passing for the Roadrunners. The Roadrunners end the season with a home against Windward.