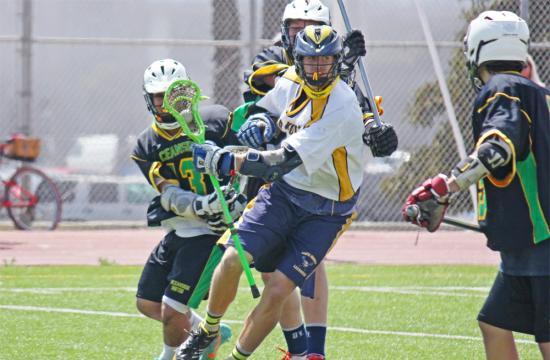 Los Angeles International Airport is officially known as LAX, while the word “lax” is defined by Merriam-Webster as “not careful enough” or “not strict enough.” However, in the sports world, “lax” is a colloquially abridged term referring to lacrosse.

Now that it’s approved, elective credits will be granted to lacrosse-playing students at Samohi.

The credit would be granted to any player on the lacrosse teams for boys and girls, irrespective of level. Specifically, students in grades nine through 12 playing on any lacrosse team would earn five credits per semester or 10 credits annually.

While the credit would count toward graduation, it would not fulfill any of the course requirements for admission to a public university in California.

According to the staff report sent to the Board members, the lacrosse course would include instructional activities such as “direct instruction, small group and collaborative work, independent, demonstration and observation.”

“Students’ mastery levels will be evaluated using multiple indicators including observation, one-on-one diagnostic evaluations of physical skills, and self-assessment. Performance assessments will be graded through the use of a task specific rubric,” the staff report added.

The staff report also outlined the course objectives and goals of the lacrosse elective.

Last year, lacrosse was not a formal CIF sport offered at Samohi. Instead, Vikings’ lacrosse was a club sport at about this time last year.

However, Samohi announced in September 2013 it would be fielding varsity-level boys’ and girls’ lacrosse teams for CIF competition.

The CIF season began March 1 and runs through May 16.

In its previous two seasons as a club team, the Vikings’ boys’ lacrosse team reportedly won 27 games against six losses and earned consecutive berths in the Final Four of the State’s championship round.