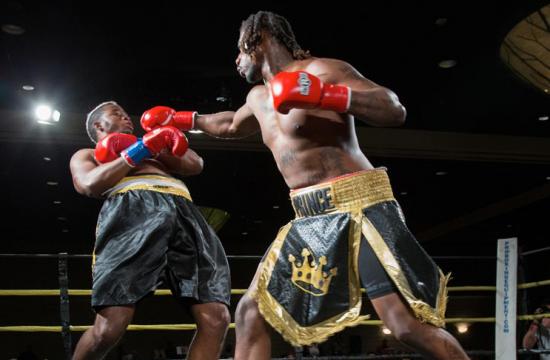 Sporting events remain the highest rated programs on all of television. But Michael King, founder and CEO of King Sports Worldwide, noticed a disparity within one of the numerous televised sporting events on today’s television programs.

“I love boxing,” King said. “But the sport is just not being presented properly to the public.”

The latter clearly lacks in comparison to the former, making it all the more plausible that there is a missing component that televised boxing has not taken on yet.

King Sports Worldwide seeks to add the entertainment aspect of sporting events to boxing. This seems to be a prominent missing factor within the realm of boxing.

Though it is hardly considered a mainstream sport today, “boxing holds the potential rival or beat the other sports” in terms of viewer ratings and revenue, King said.

As a way to help boost the image of boxing and to help remind audiences of the potency of the sport, King Sports Worldwide has teamed up with Santa Monica’s very own Barker Hangar. This local venue will be serving for the first time ever as a boxing rink. The debut of Boxing at Barker will be this Wednesday, April 16 at 7 pm.

Boxing at Barker is a relatively new concept to King, who is a former television executive known most notably for his work on “Jeopardy!” and “Wheel of Fortune,” which remain as two of the most watched shows on national television.

Though it is unlike anything he has ever done, his past professional experience as well as his passion for boxing will undoubtedly bring some fresh ideas to the traditional boxing rink.

King is investing much more time, effort, and finances into this event than any other project he has embarked on before, making clear his faith and passion for the sport.

With actor/comedian Kevin Pollack as the Master of Ceremonies, Boxing at Barker will exude an aura similar to that of a Hollywood movie premiere. The event will also offer the option of up-close seating and VIP ringside suites.

After making the decision to delve into the world of professional boxing, King Sports Worldwide has been able to discover some of the most promising young boxers from all over the world through a scouting and evaluation process.

It is no surprise that the lineup boasts world champions who hail from countries from Cuba to South Africa to Ireland.

“There is an unbelievable lineup of 10 phenomenal boxers,” King said. “It’s going to be the best lineup in decades.”