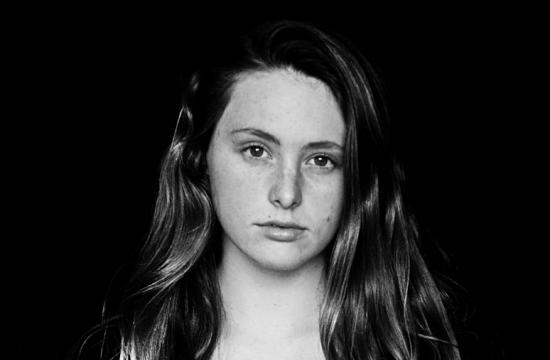 Serafina King wasn’t too fond of getting into the swimming pool at an early age. In fact, King, who takes classes at Santa Monica High School, downright despised learning how to swim.

But she really had little choice in the matter.

For her own development, King’s mother, Tamara, took the initiative to put her daughter into the pool to help Serafina improve her muscle structure. That decision didn’t sit well with Serafina. She didn’t like the idea one bit. Initially, it was a tug-o-war battle between mother and daughter about the issue.

“We fought for three years,” Serafina said. “I hated swimming. It was really hard. The first time I went into the pool I seemed lopsided. The first four years were brutal. ”

Tamara’s bold move to give Serafina swim lessons was a necessary arrangement. Serafina came out Tamara’s womb as a baby with a physical deformity.

“She was injured during birth with a spinal cord injury,” Tamara King said in an interview with The Mirror.

The pool would eventually serve as Serafina’s refuge and a catalyst to great achievements attained by the Samohi student. On April 9, it was announced that Serafina was selected to represent the United States in the 2014 Pan Pacific Para-Swimming Championships.

Serafina is one of 45 U.S. athletes that will compete at the meet that takes place Aug. 6-10 in Pasadena.

This latest news comes on the heels of Serafina’s smashing performance at the U.S. Paralympics Swimming Spring Nationals in Miami, Florida. The international meet featured over 200 swim athletes from 20 countries. Serafina left a powerful enough outing at the meet to be considered to be part of the U.S. team in Pasadena in August.

Capping off that remarkable performance, Serafina recorded her best times in all the races she swam in. All of those six hours days and eight practices a week she’s has had to go through in preparation for that big stage paid off for Serafina.

Now with sights aimed at participating at the 2016 Paralympic Games in Rio, Serafina can look back and see all the hard work she put into being a top-notch swimmer was well-worth the sacrifice.

She can also think back to when her mother refused to buckle and give her a way out of the pool. Tamara not only put Serafina in the pool for muscle therapy. She kept her there. There were countless physical therapy sessions to supplement Serafina’s swimming. All of the nights of frustration, the days of uncertainty that Tamara King endured about her daughter’s future, turned out for the best for Serafina.

“I would not let her quit swimming,” Tamara said. “Every day was a miniature physical therapy session. It was hard…It was a humbling experience.”

It also took willingness on Serafina’s part to give swimming a try, even though the physical ailment that affected her shoulder and arm muscles made it excruciating for her in the water. But like any other kid learning the art of swimming, Serafina wasn’t given any special treatment because of her physical disability. There was no sympathy cards handed out to her. There were no baby-sitting hours.

To get to where she is today, Serafina would have to work. And work hard.

“The first time I go into the pool, I couldn’t get my arm out of the water,” Serafina said. “(But) they didn’t treat me any differently.”

Serafina doesn’t expect anyone to treat her differently than anyone else when she is not swimming. The pool is another matter. The American record holder in the 50-yard freestyle for S10 women, Serafina is also the swiftest U.S. female in the 400-meter freestyle race. Serafina, who is part of the Team Santa Monica squad, said she was she was not surprised by her big showing in Miami.

“I knew what to expect,” Serafina said. “I knew I had a really good chance. I felt confident this year. I started training a lot more.”