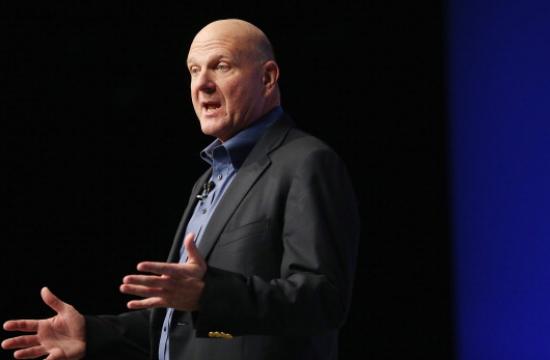 Steve Ballmer, the former CEO of Microsoft, has reportedly won a bidding war to purchase the Los Angeles Clippers from embattled owner Donald Sterling. The Los Angeles Times first reported the news on its website on May 29.

According to the report, Ballmer would pay $2 billion for the Clippers, matching what Guggenheim Partners paid for the Los Angeles Dodgers last year.

The $2 billion purchase price would be the highest-ever for a professional basketball franchise.

Donald Sterling’s wife, Shelly Sterling, had been soliciting offers for the Clippers all week.

It was later reported a signed sale agreement between Ballmer and Shelley Sterling was sent directly to the NBA headquarters in New York. ESPN’s Ramona Shelbourne reported Donald Sterling was ruled as mentally incapacitated. Accordingly, Donald Sterling would not be allowed to take part in any decision-making about the pending sale of the Clippers per the Sterling family trust.

ESPN further reported the Sterling family trust included a plan of action to allow any Clipper-related business to move forward without Donald Sterling in the event he was indeed determined to be incapacitated or otherwise unable to oversee the franchise.

Accordingly, Ballmer would only have to deal with Shelly Sterling.

The sale agreement must now be approved by the league officials at the NBA headquarters.

If the NBA does approve the deal as last as next Monday, the league’s board of governors would not have to hold a planned hearing on June 3 to determine whether or not to force the Sterlings to sell the Clippers.

The Team EGGO group reportedly bid $1.6 billion, while the team of Karsh, Ressler, and other were reported to have offered $1.2 billion.

If Ballmer indeed gets the necessary approvals and ultimately takes over as owner of the Clippers, there has been some speculation he could relocate the team to Seattle, which has been without an NBA franchise since the Supersonics relocated to Oklahoma City in 2008.

Should the Clippers indeed move to Seattle, Ballmer would be required to rename the team as the Supersonics.

Last year, Ballmer was leading a charge to purchase the Sacramento Kings and relocate that franchise to Seattle. However, the NBA ultimately approved the sale of the Kings to another owner who vowed to keep the team in Sacramento.

Ellison, the Oracle CEO who was part of the group bidding $1.6 billion for the Clippers, had previously made a push to purchase the Golden State Warriors.

Almost a year ago to the date, Ballmer lost out to Vivek Ranadive in his bid to purchase the Kings. Ranadive had reportedly purchased a majority interest in the Kings for $534 million. The sale, which was announced on May 31, 2013, was then the highest-ever purchase price for an NBA franchise.

Earlier this year, that record sale price was broken by the Milwaukee Bucks, which was purchased by Wesley Edens for $550 million.

If the NBA approve the $2 billion sale price, it would be about 3.6 times higher than what the Milwaukee Bucks sold for just a few weeks ago.

Prior to record-breaking purchases of the Milwaukee Bucks and Sacramento Kings, the previous high was set in 2010, when the Golden State Warriors sold to Peter Guber and Joe Lacob for $450 million – the very deal Ellison lost out on as noted above.

Donald Sterling had purchased the Clippers for a reported $12.5 million during the 1981-82 NBA season, when the franchise was located in San Diego. In 1984, Donald Sterling moved the team to Los Angeles, where the team played in the Sports Arena just south of USC until 1999. Just prior to the 1999-2000 NBA season, the Clippers came to terms to move into Staples Center and share the area with the Lakers and NHL’s Kings.

The Clippers were founded in 1970 as the Buffalo Braves. The Braves played in Buffalo until 1978 and moved to San Diego ahead of the 1978-79 NBA season.

The sale of the Clippers was spurred by the leak of a recording with Donald Sterling’s voice on it by two websites just a few weeks ago. In the recording, Donald Sterling made racially disparaging comments about African Americans. About 10 days after the recording was made public, Donald Sterling appeared on CNN with Anderson Cooper and made an apology. However, he also made some questionable statements during that interview, including questioning whether Earvin “Magic” Johnson made any contributions to the African American community.