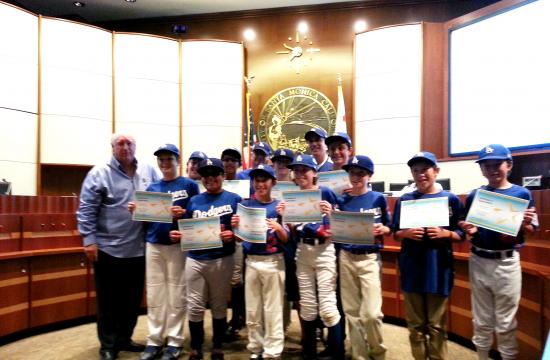 The 2014 Santa Monica Little League Major Dodgers were honored on Thursday at City Hall after winning the city championship.

The chair of the Santa Monica Parks and Recreation, Phil Brock, greeted the players and awarded them a certificate from the city of Santa Monica for their outstanding year and winning the leagues championship over eight other teams.

The Major Dodgers beat the Yankees in the championship game at Memorial Park.

Brock greeted Coach Carlos Cruz and the players awarding them a certificate from the city for their outstanding year and winning their league championship.