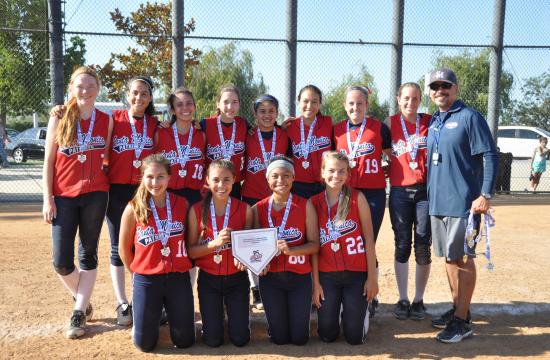 All three All-Star teams, plus a fourth Santa Monica 16U All-Star team will head to the State Championship in two weeks to compete against other California powerhouse softball teams for a chance to make it to the ASA National Championship later this summer.

“We are incredibly proud of all of the girls on our All-Star teams who work so hard every day, together as a team, to further themselves, their team, and the sport of softball,” said Jared Breuer, president of the Santa Monica Girls Fastpitch league (and coach of the Santa Monica 12U Gold All-Star team).  “The girls are proud to represent Santa Monica in the State Championship, and there is nothing more satisfying for their families and coaches than watching their development, sportsmanship and joy playing the game they love.”

Santa Monica Girls Fastpitch (SMGF) is a non-profit, all girls softball league for ages 4 to 14 serving Santa Monica and the Westside for more than 30 years.