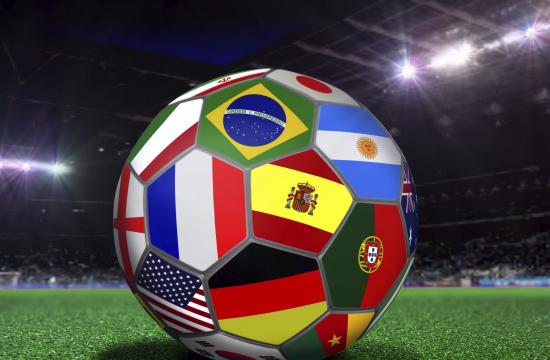 Watch parties for ESPN’s telecast of today’s opening game of soccer’s World Cup between Brazil and Croatia at 1 pm will be held across Los Angeles.

In Santa Monica, Cock n’ Bull British Pub has a fun, lively atmosphere with about six high-definition LCD television screens, including a huge projector usually set up for bigger games. The pub is located on 2947 Lincoln Boulevard in Santa Monica. For more information, call 310.399.9696 or visit cocknbullbritishpub.com.

Meanwhile, Hotel Shangri-La will be showing the World Cup games through July 13, for those who want to watch an oceanside game viewing experience. As a part of the hotel’s 75th Diamond Jubilee Anniversary, the screenings will take place in the hotel’s garden courtyard on the Westside’s only six-foot-by-ten-foot wide video display system. Hotel Shangri-La is located on 1301 Ocean Avenue in Santa Monica. For more information, call 310.394.2791 or visit shangrila-hotel.com.

Also in Santa Monica, Ye Olde King’s Head has several TVs in the bar area and serves authentic British food. The pub is located near the Third Street Promenade at 116 Santa Monica Boulevard in Santa Monica. For more information, call 310.451.1402 or visit yeoldekingshead.com.

Croatia qualified for its fourth World Cup by defeating Iceland, 2-0, in a two-game, total-goal series in November. It is 18th in the rankings compiled by FIFA, soccer’s worldwide governing body, 15 spots behind Brazil.

Croatian players played for Yugoslavia until Croatia declared its independence in 1991. The team, whose nickname translates into the Blazers in English, finished third in its World Cup debut in 1998, but failed to advance past the group stage in the 2002 and 2006 tournaments. It failed to qualify for the 2010 World Cup.

Brazil has won the World Cup a record five times, most recently in 2002.

It lost to the Netherlands in the quarterfinals of the 2010 tournament. It qualified as the host nation.

Brazil defeated Croatia, 1-0, in a group play game in 2006 in the only previous World Cup game between the two nations.

This squad maintains the Brazilian tradition of players going by one name, with 15 of the 23 players doing so, including the forwards Hulk and Fred and the goalkeeper Jefferson.

The bulk of the players for both teams regularly play in Europe. Brazil has 18 European-based players, four from teams in their native country while goalkeeper Julio Cesar plays with Toronto FC of Major League Soccer.

All 23 players on the Croatian team play in Europe, but just two in Croatia.