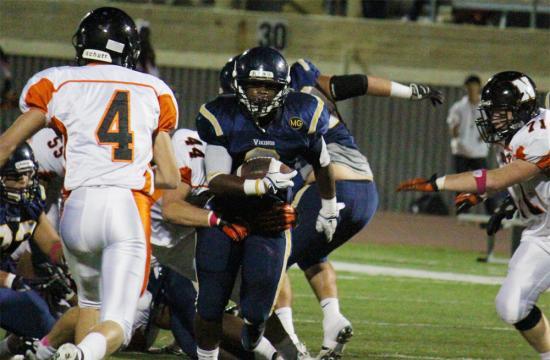 If either the law is passed or the NCAA policy becomes the norm for prep football, changes could be in store for pigskin programs at schools such as Santa Monica High School.

By limiting live contact football practices to just two times per week, the NCAA hopes to cut down on the chances one if its players would suffer from a concussion.

Moon discussed the NCAA observation and its potential application to high school football as part of a panel earlier this week at UCLA.

Organized by the Steve Tisch BrainSPORT Program and Practice Like Pros, the panel featured Moon and other public officials screening videos to demonstrate proper football techniques.

“There’s certain ways to play the game. You play the game full speed of course, but you don’t have to beat up each other all week at practice to be ready to play the game,” Moon reportedly said at the UCLA panel on July 8.

The former quarterback split time between the NFL and the Canadian Football League, playing for the Edmonton Eskimos, Houston Oilers, Minnesota Vikings, Seattle Seahawks, and Kansas City Chiefs during a 22-year career.

Prior to his pro career, Moon played prep football at Hamilton High School near Culver City.

The July 8 panel convened one day after the NCAA reportedly published new guidelines promoting concussion safety. Those guidelines reportedly called for live football practices to be limited to two times per week during the season, which generally runs from August to January (including the bowl season).

Advocating for those same standards to be applied to high school football programs, Moon reportedly stated most concussions or other head trauma cases actually occur during practice instead of in real games.

Assemblyman Ken Cooley, a Democrat who represents the Sacramento suburb of Rancho Cordova and is the author of Assembly Bill 2127 (AB 2127), joined Moon on the panel.

The State Assembly approved AB 2127 on May 15; about four weeks later, the State Senate approved the bill. AB 2127 now awaits Gov. Jerry Brown’s signature. Should he sign the bill, it will become law.

Any student-athlete suffering from a concussion or other head trauma would be required to complete, according to AB 2127, “a graduated return-to-play protocol of at least seven days.”

“Academic studies have shown that the cumulative effects of sub-concussive blows to the brain experienced during football may contribute to long-term brain damage and early-onset dementia, including chronic traumatic encephalopathy, or CTE,” the Brain Injury Association of California said in an issued statement in support of AB 2127. “Experts contend that hits to the brain should be minimized as much as possible.”

The California Medical Assoc. (CMA) opposed AB 2127, stating the bill is too broad and does not contain language requiring the proper diagnosis of head injuries.

In its opposition statement, the CMA cited an estimate by the Center for Disease Control that as many as four million high school students suffer from head injuries annually. However, the CME argued since such injuries are difficult to recognize and diagnose, about 80 percent of head injuries are either not diagnosed or not treated.

Next week’s issue of The Mirror will look into how this proposed law would directly impact the coaches and players of Samohi’s football team.

If AB 2127 were ultimately signed into law, California would reportedly become the 16th state since 2013 to restrict the amount of physical contact at football practices.