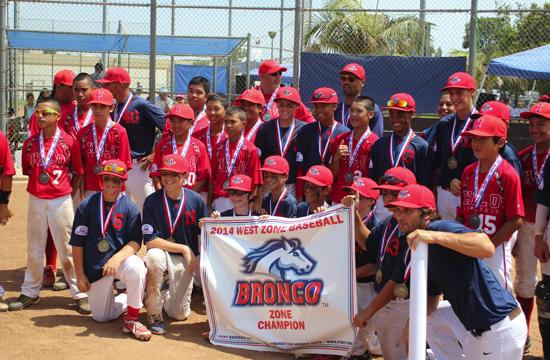 Summer for many 12-year-old boys is filled with baseball and dreams of a World Series run. The dream is no different for the Santa Monica 12U Pony All Stars.

Earlier this summer, they entered tournament play along with hundreds of teams from around the world with the goal of winning it all.

The boys have been playing together for the last two months winning the Cheviot Hills and Camarillo tournaments, tune-ups for the Pony World Series.

One of the teams’ strength is the pitching staff.

Samo sent Lucas Gordon to the mound. Gordon pitched a complete game no-hitter in the sectional tournament against Inglewood. His performance in the finals against a heavy hitting Hilo team was even more impressive.

Gordon pitched a complete game and came out on top with a 2-1 victory. Catcher Thomas McCaffrey hit a home run in the game to spark the team.

The journey has been a total team performance with timely hitting and excellent fielding from Luca Rubin, Ty Collins, Anthony Cicarelli, Julian Galvan, and Rex Evans.

The coaches, manager Anthony Gallegos, Jeff Gordon, and SL Collins have set a great tone for the team and prepared the boys well each step of the way.

The Samo boys will represent the West Zone in the Pony World Series and will play Florida the representative from the South Zone in the first round tonight at 8 pm in Los Alamitos (4370 Farqart, Los Alamitos CA). The boys hope to follow in the footsteps of the Santa Monica 12U Pony team that won the World Series title in 1986.