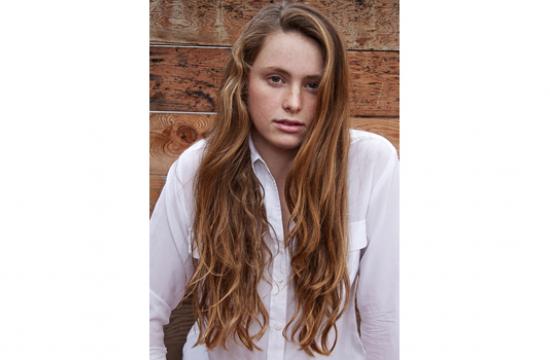 Commencing this Wednesday are the 2014 Pan Pacific Para-Swimming Championships, the most prestigious meet of the year for swimmers who are Paralympic-eligible.

Team USA is sending only 45 athletes to this highly selective swim competition.

Among the distinguished athletes chosen to be on the U.S. Team at “Pan-Pac” is 16-year-old Santa Monica student Serafina King, an incoming junior at Samohi.

King, who was born with the nerve injury brachial plexis, has been swimming for almost a decade as a part of a local club swim team called Team Santa Monica, a pre-competitive group. She initially began her exercises in the pool as a substitute form of physical therapy.

Despite the fact that this disability has created nerve damage in her right arm, impacting her bicep, tricep, and scapular muscles, King has defeated any and all odds.

After years of frequent training and hard work, she qualified to be on her high school varsity swim team as a freshman, a feat for any competitive swimmer, regardless of bodily conditions.

Even with a lack of function in one of her arms, King has been training and competing against able-bodied athletes for years. It is safe to say that King has an unmatched sense of diligence and perseverance. Naturally, the sport has played a vital role in King’s life, as it has become a gateway to overcoming physical adversity.

“Not only has swimming been my favorite hobby, it’s also given me so much function,” King said.

King only has about 60 percent of rotation and muscle function in her right arm. Her consistency and work ethic have led to beneficial bodily results.

“I’ve gained a lot of muscle and have a lot more flexibility,” King said. “I can perform a lot more movement than I could a few years ago, which is amazing.”

King, however, highlighted more so the friendships she has created and fostered throughout her journey as an athlete, revealing the impact of genuine relationships in her life.

“I’ve known most of my club swim teammates for the past nine years,” King said. “I’ve basically grown up with them.”

In lieu of the upcoming Para-Swimming Champions, her teammates and friends have been all the more supportive.

Of course, King accredits her success to her parents and refers to them as her greatest supporters, as they have been her foundation since the very beginning, when she first set foot into the swimming pool as a seven-year-old trying to avoid physical therapy sessions.

Over the years, King’s drive and skill have undoubtedly enhanced. A visible result of her time commitment and commendable effort is the fact that she will be competing against athletes from 18 different countries at the “Pan-Pac” championships next week.

King qualified for the upcoming championships with her top performance times at the 2014 Spring Paralympic Swimming National Championships in March.

The 2014 Pan Pacific Para-Swimming Championships will be taking place Aug. 6-10 at the Rose Bowl Aquatics Center in Pasadena. Admission to the competition is free, with the exception of the Opening Ceremony on Aug. 4. (Tickets to the Opening Ceremony are $25 and can be purchased online.) Preliminaries will begin at 9:30 am, with finals starting at 4:30 pm.