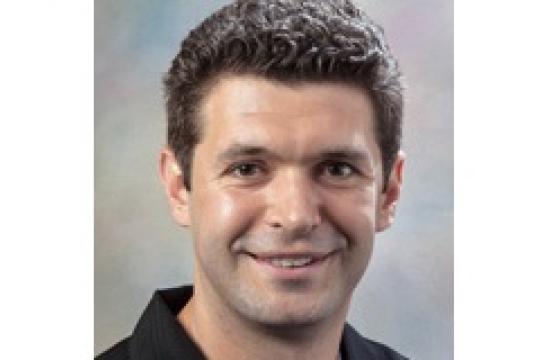 Overcoming medical and personal challenges only strengthened his determination to succeed in academics.

In recognition of his perseverance and fortitude, D’Agostino will be honored by the CSU Board of Trustees with a 2014 CSU Trustees’ Award for Outstanding Achievement on Tuesday, Sept. 9, at the CSU Office of the Chancellor in Long Beach.

He will be one of 23 students from throughout the CSU system to be recognized for demonstrating superior academic performance, personal accomplishments, community service and financial need.

As a CSU trustees’ scholar, he will be awarded a $3,000 John and Beverly Stauffer Foundation Scholarship, which is presented to an outstanding student’s dedication to the pursuit of higher education.

As a child growing up in Washington, D.C., D’Agostino excelled in his studies and in sports. He was a recipient of the Yale University Science and Engineering Medal and earned an athletic scholarship to attend St. John’s College High School in D.C.

While attending St. John’s, he was diagnosed with malignant melanoma, the most dangerous type of skin cancer and the cause of death from skin disease. At the same time, his parents divorced due to strained relationship.

“The physical and psychological struggle of dealing with cancer and my parents separating at such a young age had a detrimental impact on my academic and athletic performance and I lost my scholarship,” he said, adding that he had to transfer to a local high school where he didn’t have any support system and had to make new friends.

After a year of recovering from two surgeries on his left eye at Johns Hopkins Medical Cancer, he was cancer free and started the process of putting his life back on track.

After overcoming his battle with cancer, D’Agostino became interested in biology and developed a desire to understand the cause of this disease.

He eventually earned his biology degree from San Francisco State University but realized he wanted to delve into the study of the origin and evolution of the cognitive mechanisms that allow humans to study the disease.

This fall, D’Agostino will be finishing his master’s degree in anthropology at Cal State L.A. and preparing for his doctoral study. Currently, he is doing cognitive experiments for his master’s thesis that involves the gibbon’s ability to associate colors with the location of hidden food items.

“I am active in communicating my research data through publications of an original manuscript, Flexibility in learning colour-reward associations in gibbons-can gibbons generalize and learn to learn?, that is in review with the journal, Folia Primatologica,” he said.

On campus, D’Agostino was recognized for his research at the University’s 22nd Annual Student Symposium on Research, Scholarship and Creativity. He was also instrumental in organizing a group of Cal State L.A. students to present papers at the 85th annual Conference of the Southwestern Anthropological Association in Garden Grove.

He completed a six-month stint as a field research assistant on a project studying the behavior and ecology of red langurs in East Kalimantan, Indonesia.

He is working on publishing an article from this research. Additionally, he has volunteered at the Gibbon Conservation Center in Santa Clarita, which houses the largest collection of captive gibbons in the Americas. This summer, he presented two posters at the 25th Congress of the International Primatological Society in Hanoi, Vietnam.

“Working with many people of diverse backgrounds to accomplish collective goals has prepared me for the challenges of doctoral study. My career goals are to become a university-level professor and to create a long-term field site in Southeast Asia,” D’Agostino added.

“[Justin] is hands-down one of the most self-motivated, persistent, and hard-working students I have ever known,” said Associate Professor Stephanie Spehar of University of Wisconsin Oshkosh, in a nomination letter. “He has expressed great interest in my research and is eager to learn about all aspects of conducting research, from planning to data analysis and presentation. Before he even enrolled in his current Anthropology Master’s Program at Cal State L.A., he took initiative to design and conduct his own research project at the Gibbon Conservation Center.”

“It is clear to me that [Justin] is a bright, hard-working student of the highest caliber,” said Cal State L.A. Professor James Brady, “…this is a young man who is very serious about his research. His research on gibbons, furthermore, is very important for its implications for the evolution of human consciousness.”

CSU Trustees’ scholars are nominated by their campus president. Each campus selects one scholar. A committee formed by the CSU Foundation reviews the nominations and awards students honors through named scholarships.

The award program began nearly three decades ago with scholarships endowed by the William Randolph Hearst Foundation. In 1999, the generosity of current and emeritus CSU trustees allowed the program to expand. Past honorees have gone on to attend prestigious graduate programs and even to serve on the CSU Board of Trustees.

A mural honoring the veterans was revealed on Memorial Day on the VA Campus. Created by artist Nick Spano, veterans,...