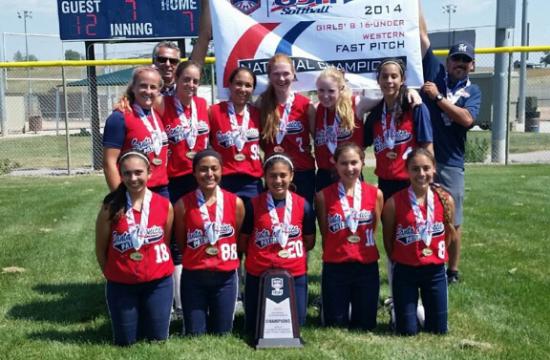 The Santa Monica U16 Patriots will be among five Southern California youth baseball and softball teams honored tonight at the Los Angeles Dodgers-Arizona Diamondbacks game at Dodger Stadium as part of “Champions Night.”

Actor and comedian Rob Riggle, who spent nine years on active duty with the Marine Corps and 14 years in the reserves, will also honored tonight as the Veteran of the Game.

Riggle joined the Marine Corps in 1990 when he was 19 years old. After graduating from the University of Kansas and completing Officer Candidates School, he accepted his commission and became a second lieutenant in 1992.

Riggle attended flight school and was months away from receiving his wings when he decided he had another calling besides flying — comedy.

Riggle then became a public affairs officer, including being deployed to Liberia, Albania and Kosovo.

Riggle left active duty as a captain in 2000 and immediately joined the Marine Corps Reserve.

In the fall of 2001, Riggle was in New York City. His reserve unit, MTU-17, stationed in Manhattan, was among the first military responders to the attacks on the World Trade Center. He was recalled to active duty from Sept. 12-30, 2001, and worked at ground zero in the “bucket brigades,” removing rubble by hand.

Riggle was recalled back for one year of active duty in November 2001 and was twice deployed to Afghanistan.

Riggle was promoted to lieutenant colonel in 2009. He retired from the Marine Corps on Jan. 1, 2013.

Ferrara and Thomas will also be signing autographs in the Stadium Club from 6-6:30 p.m.

Flea, the bassist with the Red Hot Chili Peppers, will throw the ceremonial first pitch.