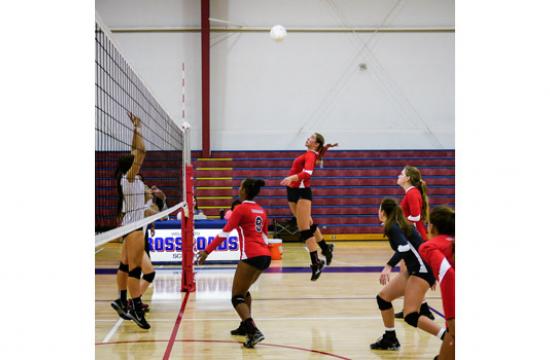 Although the team was missing Harper Graves due to injury, Arden Misraje stepped up and had nine kills and Lauren Roper contributed 11 while running 1s and 3s out of the middle.

Libero Kate Whitney-Schubb played well on both serve-receive and on defense.

The team served really tough, with 19 aces throughout the match, with Grace Rose pounding out seven and Olympia Nagel-Caland contributing five.

The girls lost the second set, but regained focus to win the last two.