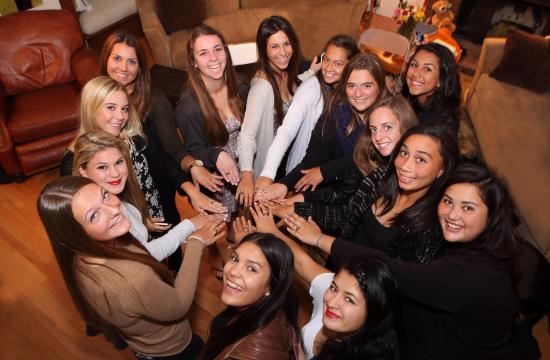 Earlier this week, the Santa Monica High School girls softball squad received their CIF championship rings from the 2014 season. The team took home the CIF Division 4 Championship title on May 30.

With a team of 17 girls, this 2014 CIF title makes it their second win in a span of five years, with their last victory in 2010. The team has made back-to-back appearances at the CIF championships after they beat Ventura 3 to 1 for the championship.